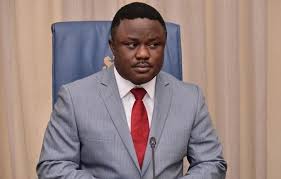 The Governor, while speaking at the signing ceremony held in his office in Calabar, Ayade said that there was provision for the establishment of a state polytechnic in the budget.

He added that the budget also had provisions for social welfare schemes like grants and other financial benefits to help cushion the effect of the COVID-19 pandemic on the people.

Ayade explained that his administration had decided to reduce the financial commitments of the state in key projects such as the Bakassi Deep Seaport and the 275km superhighway to five per cent.

According to him, these projects are now to be built on a Public-Private Partnership, PPP model.

“For the budget of 2021, the budget of “Blush and Bliss” the gross component is in the dramatic reduction of the budget size from over N1.01 trillion in 2020 to N281 billion. One will ask what will then happen to that missing gap?

”In the budget presentation, we explained that we are shifting from all the big dreams to the basic, primordial things of survival and ensuring that there is food on the table.

Ayade, however, expressed optimism that with the plethora of industries he had so far established taking off fully in 2021, the economy of the state will get a huge boost.

He commended the members of the state House of Assembly for sacrificing their comfort and personal pleasure during the Christmas holidays to ensure that the 2021 budget was ready for signing.

Earlier, the Speaker, Mr Eteng Jonah-Williams, explained that the House made some adjustments in the appropriation bill the governor submitted on Oct. 5.

He said that it was meant to accommodate new realities that were captured in the bill, especially, the Cross River State Polytechnic bill recently signed into law.