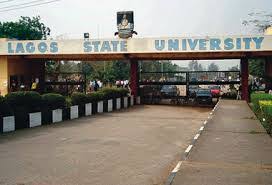 The Lagos state Governor, Mr Babajide Sanwo-Olu, has been called upon to prioritise the issue of indigeneship as part of criteria for the choice of who becomes the next vice-chancellor of the Lagos State University, LASU.

The Lagos State chapter of Peoples Democratic Party, PDP made the called on Tuesday, in a press release made available to newsmen from the party’s office.

The state Chairman of the party, Engnr. Deji Doherty, stated that the party made the call for the sake of peace, harmony and a sense of belonging for Lagosians.

Doherty, while noting that all the intrigues playing out at the moment were well known, asserted that Lagos PDP would like to pull its total support for any of the shortlisted indigenes contesting for the highest post in the institution.

This was just as the party chieftain said the governor should recollect that one of the major reasons for setting up the institution was for total support of Lagos State indigenes as it concerned admission and staff recruitment, positing that LASU should not be different as other state-owned universities in the country do not appoint non-indigenes as vice-chancellors.

“For peace, harmony and a sense of belonging for Lagosians, we in the Peoples Democratic Party in Lagos State, would like to pull our total support for any of the shortlisted indigenes contesting for the post of the next vice-chancellor of the Lagos State University, LASU.

“We are well aware of all the intrigues playing out at the moment. We also have it on good authority, that 15 persons applied for the position of the vice-chancellor and three persons have been recommended to the state government.

“We, however, wish to advise that, for fairness on Lagosians, the consideration of the selection of a bonafide indigene as the next vice-chancellor should be given utmost priority,” the party said.

“As a party, we are not too keen on who gets appointed as the next vice-chancellor of LASU, but our position, which will also believe is that of Lagos indigenes is that the most qualified Lagos State indigene should be appointed as it is being done in other state-owned universities,” the party said.