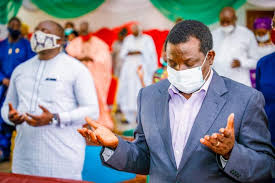 Plateau state recorded five COVID-19 related deaths on Monday, the highest for the day and 50 percent of the national total of 10.

Going by the five fatalities recorded, Plateau state now has a death toll of 41, tied 8th on the grim leaderboard with Ondo state.

Three of the 10 deaths announced by Nigeria Centre for Disease Control came from Abuja, the nation’s capital, while Kano and Kebbi states recorded one death each.

Eighty-eight of the deaths occurred in December. On 1 December, the total fatalities stood at 1,176.

Edo has the second highest death toll of 113, out of 2834 cases it has logged since February this year.