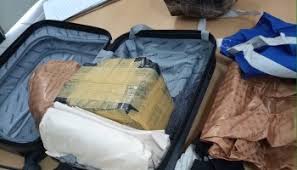 Justice James Wakiaga on Wednesday rejected Bala’s application for the return of the money.

Wakiaga said it was immaterial, at this stage, whether he declared the currency in Nigeria before boarding the plane to Nairobi, en route Dubai.

According to a report by Kenya’s The Nation newspaper, the judge said the application, which was before the court was for preservation of the money, pending conclusion of investigations to establish the source and legality of the money and whether Assets recovery Agency (ARA) will file a petition for forfeiture to the state.

“In the final analysis, I find no merit in the application for variation of the orders herein at this stage, which I hereby dismiss with costs in the cause,” the judge said.

The Nigerian made the application for the release of his money, so that he could proceed with his journey to Dubai.

He claimed the Kenyan government was only interested in his money and thereafter, deport him.

Muazu argued that he has not been charged with any offence and the money should therefore be released.

“All the respondent is concerned with is to confiscate my hard-earned money and have me deported,”he said in an affidavit.

The Nigerian was detained on December 4 on his way to Dubai while carrying the huge cash in his handbag.

He had arrived through Kenya Airways flight KQ535 from Lagos and was waiting for connecting flight KQ310, to Dubai.

Justice Wakiaga later directed the funds be handed to the ARA for preservation but the Nigerian said he declared the money in Lagos before boarding the flight to Nairobi.

“At the Murtala Mohammed International Airport, I declared the currency and was cleared by customs for travel.

“I checked in the consignment and as is the usual norm in international travels, my next declaration point would have been Dubai International Airport,” he said.

Muazu said he was surprised Kenya Airways cleared him back in Lagos with “undeclared currency” only to pounce on him in Nairobi.

“The intention at the time could have been only to deprive me of my money,” he said.

He accused the officials of confiscating all his documents including the customs clearance forms from Lagos, his passport, currency declaration acknowledgement from Dubai, as well as a declaration letter from Shah Jewellery Trading LLC.

He attached to the application, a letter from Ahammed Shuhaib, a partner of Shah Jewellery, who claims to own the money and he was just an agent.

The ARA opposed the application, saying the documents Mr Bala tabled were suspect as some were dated a day after he had been intercepted at the JKIA.