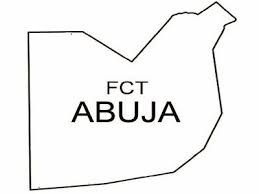 There was a pandemonium as men of the underworld have deviced a new means of tracing their victims to hotel premises to dispose them of their belongings in Mararaba, the suburbs of Nasarawa State.

Guests and staff of a popular hotel located on Abacha road, Mararaba had a horrific experience Wednesday night as suspected armed robbers invaded its premises and headed straight to rooms where visitors lodged and started banging violently on the doors.

Eyewitness revealed that the invaders who were said to have driven into the hotel premises in a Keke Napep without the security stopping them at the gate swung into action after spending about 30 minutes inside strategising.

Their actions aroused the attention of the hotel management who consequently raised an alarm triggering a panic moment which saw staff and visitors who came to enjoy themselves scrambling for safety with some scaling through the fence.

It took the boldness of some of the hotel staff who confronted the four armed men that had threatened to bring down the hotel to avert tragedy.

They reportedly took to their heels afterward when an emerging crowd seemed to have overpowered them with each of them jumping on a motorcycle outside the hotel gate to escape before the arrival of Police.

Some of the eyewitnesses recounted how a similar incident was recorded in a hotel in Nyanya in the Federal Capital Territory, FCT about a week ago and another in Ungwar Zamani, Mararaba a few days ago, where lives were lost to the attack.

All efforts to speak with the Nasarawa State police command on the incident were futile as the number was not going.