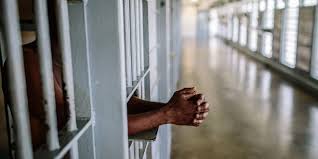 The prosecutor, Insp. Grace Adebayo, explained to the court that David and others at large committed the offences at Oju-Ore area of Ota.

According to Adebayo, the child was abducted by David and the others when his mother sent him and his eldest brother on an errand.

The prosecutor said that David and a woman told the toddler and his elder brother to come and meet them.

“On arrival, they gave his brother money to go and buy biscuits; the two-year-old child was left with them,” the prosecutor said.

The suspect is facing a three-count charge of conspiracy, abduction and child stealing.

He, however, pleaded not guilty on arraignment.

In the ruling, the Chief Magistrate, Mr O. I. Oke, sentenced David without an option of fine.

Oke held that prosecution proved beyond a reasonable doubt that David was guilty of the charges brought against him.