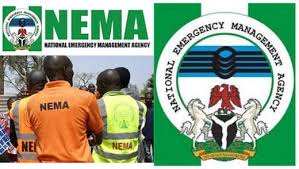 Nyelong said that NEMA with the mandate of coordinating disaster management in all its ramifications in the country had over the years collaborated with stakeholders in the areas of awareness creation, response and capacity building.

“Statistics have shown that more road crashes occur in the last four months of the year than any other period.

“You will agree with me that road crashes have claimed many lives as well as destroyed properties worth several millions of Naira in our country.

“This happens mostly due to non-compliance with road traffic rules and regulations by road users.

“The habit of speeding, overloading, driving under the influence of drugs, underage driving and dangerous overtaking have resulted in many road crashes.

“Poor vehicle inspection and maintenance have also become a common practice in our society and a problem on the highways,” he said.

The zonal coordinator stated that NEMA had over the years been collaborating with critical stakeholders, including the Federal Road Safety Corps (FRSC) to reduce emergencies on the roads during the Yuletide.

According to him, the agency has mobilised trained NEMA officers to assist the FRSC to ensure effective campaign on safety on the roads and to respond swiftly in an event of traffic crashes.

He said the essence of the exercise was to help to administer FirstAid for victims and transportation of casualties to medical facilities at the shortage possible time in order to save lives.

Nyelong commended the efforts of the FRSC toward reducing the high rate of crashes on the roads through their continuous presence on highways to regulate and control traffic.

The coordinator also commended The Nigerian Police Force on their excellent strive to make the roads safe and free from robbery incidents.

Akporowho, who was represented by Mr Supriela Duke, Unit Commander, Hawan Kibo Unit, said that NEMA and FRSC were working toward the same goal of saving lives and property.

“Non of us can create life and there is need to protect lives and property.

“This is a good collaboration because no man is an island on to himself,” he said.

Mancha said that the union had advised its members to drive with caution, particularly during the Yuletide.