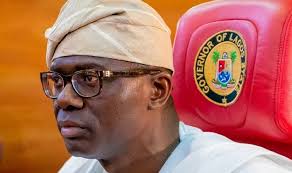 …as his aid tests positive
By Joy Abalaka

Governor Babajide Sanwo-Olu of Lagos State, has gone into self-isolation after one of his close aides was tested positive for COVID-19 on Thursday.

In a statement issued by the state Commissioner for Health, Professor Akin Abayomi, the undisclosed aide of the Governor was said to have tested positive, necessitating the governor to proceed on self-isolation.

The governor and other members of his team will be tested by the Lagos State biobank, but will remain in isolation until the results of the test are available.

“This is not the first time the governor is having the COVID-19 test. He has had at least three since May when he announced that 10 of his aides had tested positive for the virus,” the commissioner stated.