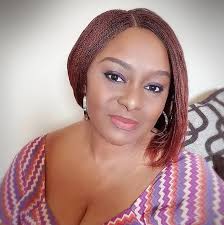 Victoria Inyama, Veteran Nollywood actress, has expressed her views on domestic violence and other forms of abuses, saying such have become norms in Nigeria.

Inyama who is a survivor of domestic violence and an abusive marriage, said abuse is normal in Nigeria, and it’s a continuous thing from generation to generation because children who grow up in a violent home will do the same when they grow up.

“l just feel sorry for the children growing up in a violent toxic home! The circle of Abuse continues …..
Children bred in an abusive home are 70/100 become Abusers. They mirror their childhood memories .. in their Adulthood……Who is the child’s Role Model…… The Abuser NEVER CHANGES….They only try to change their PATTERN”

Earlier this year, Victoria says abuse is about power, stating that the abuser doesn’t want to let his victim go, like a master and slave relationship.

Inyama was formerly married to Godwin Okri and have three children together, but the marriage hit rock bottom due to abuse.

The actor keeps using her social media platform to encourage other individuals not to fall a victim.