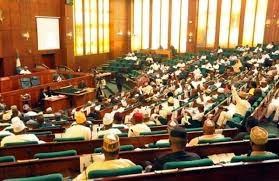 A bill to alter the 1999 constitution to put railways in concurrent list, scaled through second reading in the House of Representatives on Thursday.

The bill, which was sponsored by Hon. Babajimi Benson of Ikorodu Federal Constituency, of Lagos state, SouthWest Nigeria was considered and passed for second reading.

The bill seeks to amend item 55 on the exclusive legislative list on the second schedule of the 1999 Constitution.

Benson stated that with the passage of the bill, states can build and run railways in their states if railway is removed from the exclusive legislative list to the concurrent legislative list.

In his leader debate, he said that “there is a need to open up the space for many to participate in the railway sector.”

He added that states will generate more revenue for their Internally Generated Revenue, IGR and also create more employment opportunities for the unemployed.

The bill was however voted on, passed for second reading and referred to the special Ad-Hoc Committee on the Review of the 1999 Constitution.