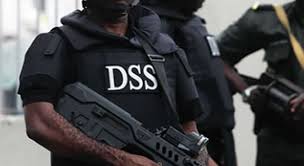 Operatives of the Department of State Services, DSS on Saturday arrested the Special Adviser on Civil Service to Bauchi State governor, Abdon Gin, for alleged vote-buying during the Dass State Constituency by-election.

Gin was arrested by the security agents after casting his vote at the Social Welfare Polling Unit in the constituency.

An eyewitness told journalists that the governor’s aide was arrested after DSS operatives searched his car and found some money.

The eyewitness said, “Gin drove out of the polling unit after voting and suddenly, DSS officials blocked his way and asked him to stop.

“He came down and told the DSS officials he was a government official but they insisted on searching him.

“He obliged the DSS officials and they searched him and found nothing on him. The security agents later searched his car and found some money,”