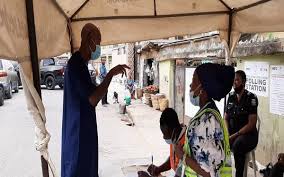 The candidate of the New Nigeria Peoples Party, NNPP got one vote.

Alabi said he and members of the APC are on course to deliver Bariga LCDA for Abiru.

According to him, the people in Bariga appreciated the APC’s intervention programmes in the areas of road infrastructure, health care services, education and poverty alleviation programmes, hence were out to respond with votes for the ruling party.

He said more democratic dividends would come the way of the residents.