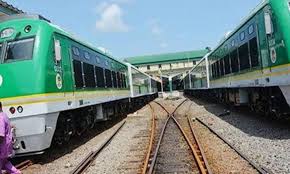 Minister of Transportation, Chibuike Rotimi Amaechi on Thursday revealed that the Lagos- Ibadan railway has been completed and would be commissioned by January 2021.

Amaechi gave these details while speaking at the inauguration of the Governing Council of the Chartered Institute Of Transport Administration, CIOTA, explaining that under the Buhari led administration, a lot of terminals under the aviation sector have been completed.

The minister, who further explained that the Port Harcourt airport which was previously reported to be one of the worst airports in the world was now one best, insisted that the Ghanaian airport was receiving accolades because Nigerians preferred praising other airports rather than that of Abuja, Port Harcourt or Lagos.

“Under the President Buhari administration we have advanced a lot in the area of organisation. We have the complete mist of the terminals under aviation. The Port Harcourt airport was said to be one of the worst in the world as of today, it is better than most airports.

“When I got to the Ghanaian airport, I asked them what was special about their airport. They said they did not know but every Nigerian that got there liked taking photographs and calling it the best. For me the airport was just an open space but Nigerians prefer to praise other airports than the ones in their country.”

The Minister who further suggested that airports in Kano and Lagos would be operational very soon further explained that he had just signed regulation of railway cost of transportation from Lagos to Ibadan to be the same as that of Kaduna.

“The Minister of Aviation would tell us very soon when the airports in Kano and Lagos would be put to use.

“Today I approved the cost of transport from Lagos to Ibadan. I just transferred what we charged from Kaduna to be done to Lagos and Ibadan.”

Chairman of the Governing Council CIOTA, Bashiru Jamoh thanked the Honourable Minister for his efforts in promoting the transport (maritime) industry as Nigeria was getting a second recognition for the availability of maritime security within the Guniea border countries.

Jamoh further stated that the Institute was reaching out to educational institutions to build more professionals within the Institute.