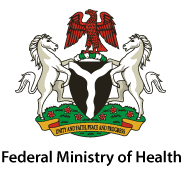 The Federal Ministry of Health in collaboration with the Federal Capital Territory, FCT, supported by CBM/HANDS has called on parents across the country to ensure they deworm their children between the age of 5 and 14 years whether they are infected or not.

This call was made on Thursday by the representatives of FCT NTDs Coordinator, Public Health Department, Mrs. Ogundipe Eunice Bosede and CBM/HANDS at a press briefing in Abuja.

The group who said the medicine for the deworming is free, noted that many have contracted schistosomiasis, which is also known as bilharzia through various ways, saying the the disease is caused by parasitic worms.

The conveners disclosed that this year’s annual deworming exercise in the Federal Capital Territory, FCT Abuja was carried out in all the six Area Councils in the territory with high numbers of infected people.

Based on the survey carried out, they stated that Abuja has the highest number of people infected with schistosomiasis compared to all other states in Nigeria.

The conveners further revealed that out of the six Area Councils in FCT, Gwagwalada has the highest infection cases, adding that the residents in the area were enjoined to take the drugs as prescribed to by the specialists to avoid spreading of the disease.

According to the coveners of the programme, the medicine is free, stating that the drugs are of higher efficiency directly from pharmaceutical company, not adultrated.

“In Gwagwalada Area Council of FCT, the cases of schistosomiasis is very high. if you collect sample of 100, you will discovered that 50% are positive, for that reason, we directed that everybody in the area, both young and old should take the drugs.

“Safe and effective drugs are available for the treatment of schistosomiasis. Praziquantelis, the recommended drug for the treatment is readily available through your community directed distributors, during mass drugs administration in the communities or at the health facilities.

“Your health care provider may ask you to provide stool or urine samples to see if you have the parasite. A blood sample can also be tested for evidence of infection” they said.

The conveners explained that bilhaziasis and STH worms transmission occur through contaminated human waste which spreads through soil or water sources in areas with poor sanitation and hygiene practices.

They further explained that humans get infected through swimming in infected water contaminated with worm eggs, contaminated food or water, unwashed hands and walking barefooted on contaminated soil.

The group asserted that the ultimate aim of the deworming programme was to treat at least 75% of school-age children for five consecutive years after which an evaluation will be conducted to determine if there will be need to continue with treatment or not.