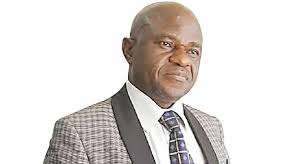 Non-Academic Staff Union of Educational and Associated Institutions, NASU has said that the need for the federal governments to improve the funding of infrastructure in educational institutions across the country cannot be overemphasised.

National President of NASU, Dr Makolo Hassan made this assertion on Wednesday at the National Executive Council, NEC meeting of the association in Abuja.

Hassan noted that the decay in the infrastructure in various educational institutions as well as the problem of low pay and lack of adequate incentives that can raise morale and enhance the productivity of workers in these institutions have been responsible for under production.

He however called for conscious efforts by government to improve the level of funding of educational institutions so that they can regain their lost glory and also be able to rank among the best not only in Africa but globally.

“The crisis of lack of motivation and approriate incentives has no doubt resulted in quality manpowerlooking outside the shores of our country for better salaries and conditions of service. This in itself is impacting negatively on the quality of the products of our institutions.

“As a usual convention, we like to use this golden opportunity of the NEC meeting to once again call on our governments at the Federal, States and Local Government levels to take another look at the abysmal level of the funding of education in our country” he said.

“We like to use the opportunity of this meeting to invite the federal government through the office of the Minister of Labour and Employment to set in motion, the appropriate machinery that will compel proprietors of private universities to allow the unionisation of workers in their respective universities” he said.

Also speaking, Registrar/Chief Executives of the Joint Admissions and Matriculation Board, JAMB, Professor Ishaq Oloyede applauded NASU for its sincerity and integrity.

Oloyede, who urged other unions to emulate NASU, advised leaders of other unions across the country not to go for their personal benefit to the disadvantage of their members..