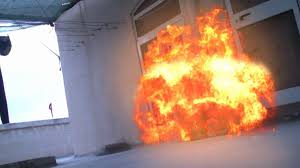 Two brothers were killed in a fire incident that razed down a house at Kafar Fada Quarters in Guri Local Government Area of Jigawa State.

Eye witness who told IDEALPOSTS that the incident occurred on Monday night said the incident resulted in the death of two children of the same parents.

He said the fire razed down the house to ashes at about 11:30 pm when they were all sleeping and burnt the two children.

Jinjiri said the Police rushed to the scene and with the efforts of other security agencies and good Samaritans the fire was quenched at about 1:00 am.

However, at the time of this report,the cause of the fire is yet to be ascertained.