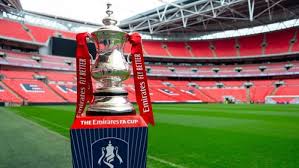 Sixty-four teams now know their opponents in the third round of the English FA Cup, after the draw was completed on Monday night.

Liverpool will travel to face Aston Villa in the third round of the FA Cup, while Manchester United welcome Watford to Old Trafford.

Chelsea host League Two Morecambe, while Spurs will face Marine of the Northern Premier League the lowest-ranked side left in the tournament.

A West London Derby between QPR and Fulham also caught the eye in one of the ties of the round when the draw was made on Monday evening.

Third round draw in full:

All ties will take place on the weekend of Saturday 9 January 2021, with the winning clubs pocketing £82,000 for reaching the last 32.