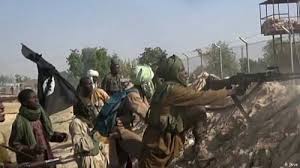 The Defence Headquarters has dismissed a report by the United Nations which claimed 110 civilians were slaughtered by Boko Haram on Saturday in the Jere Local Government Area of Borno State.

The Coordinator, Defence Media Operations, Maj. Gen. John Enenche, who featured on Channels Television’s Sunrise Daily programme on Monday morning, said 43 corpses were recovered from the incident scene in the Zabarmari area of the northeast state.

The terrorists were reported to have tied up the farmers, who were working on rice fields, before slitting their throats.

On Sunday, the UN Humanitarian Coordinator in Nigeria, Edward Kallon, disclosed that at least 110 persons died in the horrific attack.

In his reaction, Enenche said the troops counted the corpses together with the locals and 43 deaths were recorded.

He said, “I knew it is going to come up particularly because it is coming from the United Nations and not a source that does not want to be identified. This is a source that has identified itself that a 110 specifically were murdered.”

Enenche explained that he contacted the field commandants and was given a synopsis of what happened.

“When the governor was to go and after they had recovered the dead, the troops had to move in there, and they counted 43.

“Of course, some people ran into the bush, and they started coming back and trickling in,” he added.