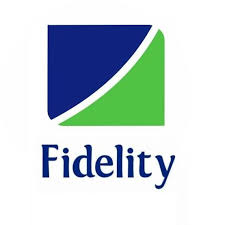 Fidelity Bank Nigeria PLC is locked in legal fireworks with one of its customer, Mr. Beneth Robert Iwu who works with KRPC/NNPC Kaduna over alledged N19 million loan facility in 2015.

In the Court ordered documents which were seen by the IDEALPOSTS, Mr. Benedict Robert Iwu, who’s salary account was domiciled at the Fidelity Bank PLC, Kaduna branch applied for NNPC loan of N5 million on 15th February, 2015 through his account number 5330391892 which was acknowledged by the Bank.

But in the request for facility document’s last paragraph where he was expected to indicate repayment of the facility, it was hand written that he would pay the sum of N15,833,833.33, a figure believed to have been doctored without his knowledge.

On 15th February, 2015, an acceptance letter addressed to the Managing Director Fidelity Bank PLC, 2, Kofo Abayomi Street, Victoria Island Lagos showed that a credit facility offered to Mr. Iwu was N19,000,000. Though, the contents of the offer letter indicated that Mr. Iwu has the legal capacity to execute the offer letter and other ancillary documents as may be required by the Bank, the acceptance letter was suspiciously forged by the Bank officials.

After investigations by our Correspondent in Kaduna, it was revealed that one Mr. Agbahide Gerald, a staff of NNPC/KRPC and a customer of the Bank who’s salary account was domiciled in the Bank was culprit in forged bank documents against Mr. Iwu. The document was fraudulently replaced with Mr. Iwu Benneth Robert, a situation that was not known to him from the beginning.

Meanwhile, at the instance of Mr Iwu Benneth Robert (complainant), the Commissioner of Police, Criminal Investigation and Intelligence Department, SCIID of the Nigeria Police Force headquarters, Kaduna in a letter dated 8th February, 2019 conducted investigation into the case.

The Police letter which was signed by DCP Babaji Sunday was addressed to Mr. Agbahie Gerald, a staff of NNPCA/KRPC and customer of Fidelity Bank detailed the Police investigation of the Bank’s staff, Chioma Chinedu Agiriga and Mr. Emmanuel Urieghara of Kashim branch of the bank in Kaduna on criminal conspiracy and forgery.

The letter titled: “Investigation activities”, Re: Case of Criminal Conspiracy, Forgery and Chearing.

It continues: “This Department is investigating the above mentioned case reported by one Iwu Benneth Robert against one China Chinedum Agiriga and Emmanuel Urieghara of Fidelity Bank PLC, Kachia Road, Kaduna in which your name and signature featured as surery/witness to the complained in respect of loan facility issue.

“It is against this background that you are Kindly requested to come and interview the Deputy Commissioner of Police, CIID Kaduna”, the letter noted.

However, our Correspondent could not ascertain the outcome of Police investigative report as calls made to 08033142118, DCP official line was not going through at the time of filing this report.

However, it was no sooner than Fidelity Bank was dragged to court for endless deduction of loan facility from the account of Mr. Iwu now above N40 million.

Iwu, contended that he was not qualified to take loan above N5 million as at the time he applied for it saying that he suspects foul play by the bank because according to him, he applied for the sum of N19 million loan in 2015 under NNPC Term Loan Enhancement but was declined.

The Central Bank of Nigeria, CBN was helpless in the circumstance that Mr. Iwu found his money being outrageously deducted in that the case was being mentioned in law Court.

The apex Bank said, as long as the case was being considered in court it lack powers to intervene.

In CBN ‘s letter dated 8th March, 2019 which was a response to Iwu’ s own earlier on 11th March, 2019, and which was signed by O. T. Nuhu on behalf of a Director, the Central Bank warned off its hands.