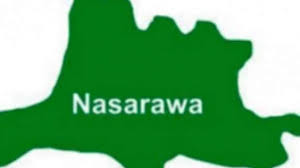 A Federal High Court sitting in Keffi Local Government of Nasarawa State has dethroned Mr. Isaac Sekpe as the Aguma of Kogbo-Udua village of Turunku Chiefdom in Toto Local Government Area of the state.

Delivering the judgement on Wednesday November 25, 2020, Hon. Justice S. A Ayiwulu, ruled that Mr. Isaac Sekpe should hence forth cease to parade himself as the Aguma of Kogbo-Udua village.

Speaking with IDEALPOSTS shortly after the judgement, Mr. Samuel Kaura, said that justice has finally prevailed. He noted that the controversy surrounding Kogbo-Udua village has been lingering in court since 2011, saying that he is happy for getting justice at last.

“I am so happy for this victory, justice has finally prevailed. We the people of Kogbo-Udua, we are happy because truth has come out as to which people are the rightful owner of the throne. We have been fighting for this justice since 2011, but today it has come to pass.

“We also want to cease this opportunity to appreciate justice S A Ayiwulu for been courageous to bring justice even in the face of intimidation”, he said.

Kaura further stressed that the king makers of Kogbo-Udua village will in a couple of weeks sit, deliberate and appoint who will now become the authentic Aguma of the village.

He equally said that the people of Kogbo-Udua will mobilise themselves now that the controversy is over to pay homage to HRH Dr. David Tukura, the Aguma of Turunku Chiefdom.

“I want let you know that since we have gotten justice from the court, king makers will soon sit and select the authentic person for the throne.

“We are also going to mobilise ourselves now that the matter has been settled in court, we will pay homage to our overall royal father, the Aguma of Turunku Chiefdom, HRH. Dr. David Tukura to receive his fatherly blessing”, he added.