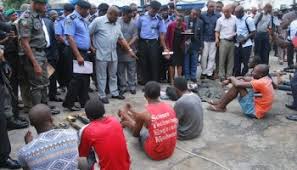 The police said they responded to a distress call and engaged in a gun battle with the suspected kidnappers to rescue the victims.

However, the kidnappers escaped with three victims into the forest.