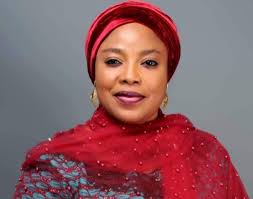 Minister of State for the Federal Capital Territory, FCT Hajiya Ramatu Tijani Aliyu has expressed displeasure over the growing rate of gender based violence in the country.

The Minister made this assertion on Wednesday during the flag off ceremony of the 16 days programme against activism gender based violence in Nigeria held in Abuja.

Hajiya Ramatu, who was represented by her Special Assistant, SA Hon. Ayoade Simisola, noted that creating awareness among the youths, as well as educating them periodically, would go a long way to reduce the gender based violence in the society.

She appreciated the organisers of the programme, as she also urged participants to learn within the period, something that would better their lives, the families and the communities they belong.

According to her, “It is expected that at the end of this programme, which is two weeks, participants would have understood vis and vis what gender based violence is all about”

One of the organisers of the programme, Sarah Obiorah, FCT Assistant Commissioner, Girl Guides, said the issue of gender based violence was increased during the period of covid-19 pandemic, which she said prompted the organisations to flag off of the project.

Mrs. Obiora stated that the Nigeria Girl Guides Association is however, focussing on girls between the age of 18 and 25 in order to educate them on the issues of gender based violence.

She called on the youths across the country to come together and collaborate with relevance organisations so as to put to an end gender based violence in Nigeria.

“Let us work together for a future free of violence against girls, women and youths. Lets shun blames, let us not blame the victims, but let us work against the perpetrators.” she said.

Gender based violence is a violence that is directed at an individual based on his or her biological sex or gender identity. It includes physical, sexual, verbal, emotional, and psychological abuse, threats, coercion, and economic or educational deprivation, whether occuring in public or private life.