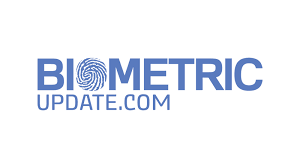 Nigerian police should consider the full integration of forensic science — which often involves the use of biometrics — in the way cases are investigated and prosecuted in the country’s justice system, an opinion piece argues.

Those championing such calls are arguing that this is even more important for a country that has a very high and growing rate of criminality, especially in the urban centers.

A recent argument as to why Nigeria should adopt forensic science in criminal investigation processes is made in an editorial in Nigerian daily newspaper Vanguard.

In the article, the writer, Avril Eyewu-Edero, a forensic investigator, argued that adopting forensic science will greatly redirect the way criminal cases are currently investigated in Africa’s most populous nation. This, she said, will make it possible for investigators to have sufficient and accurate information about a suspect’s guilt or innocence in any incident they are linked to.

She said it will not only facilitate the process of determining criminal suspects, it will also go a long way in helping to free many Nigerians who are falsely linked to crimes and are currently languishing in detention centres because they cannot be exculpated using any forensic method.

Earlier this year, in another editorial for Vanguard, Eyewu-Edero traced the lack of biometrics in the judicial system to the country’s law’s regarding evidence, writing, “There is presently no provision for forensic science in Nigerian law.”

Eyewu-Edero, in the new piece, further argued that with the use of forensic tools such as DNA and fingerprint biometric evidence, it would be easier to investigate cases related to rape, homicide, mass disasters, fires and civil disputes, theft, and other forms of physical crime.

“Using procedures such as fingerprint and DNA analysis which are accurate and unique methods of individual identification can really change how cases are prosecuted in the Nigerian criminal justice system,” she wrote as she explained how forensics can help in the proper investigation of a case of sexual assault or homicide.

“In these times when crime is evolving and criminals are becoming more sophisticated in their methods of operation, it is important that policing evolves and starts thinking about scientific approaches to investigations so as to improve the integrity of the Nigerian criminal justice system,” the writer said, concluding by expressing hope that Nigeria will follow in the footsteps of other countries which are making considerable use of forensics in criminal matters.

There are currently efforts by Nigeria to incorporate the use of biometrics in many domains of activity including criminal investigations.

In September, the Police in the country’s commercial capital Lagos said it had plans – in collaboration with the National Identity Management Commission (NIMC) – to introduce the use of biometrics in a bid to reduce a rising wave of criminality in the metropolis.

The country is also employing biometrics technology in the federal civil service in order to check ‘ghost workers’ as well as in the educational milieu to check examination and identity fraud.