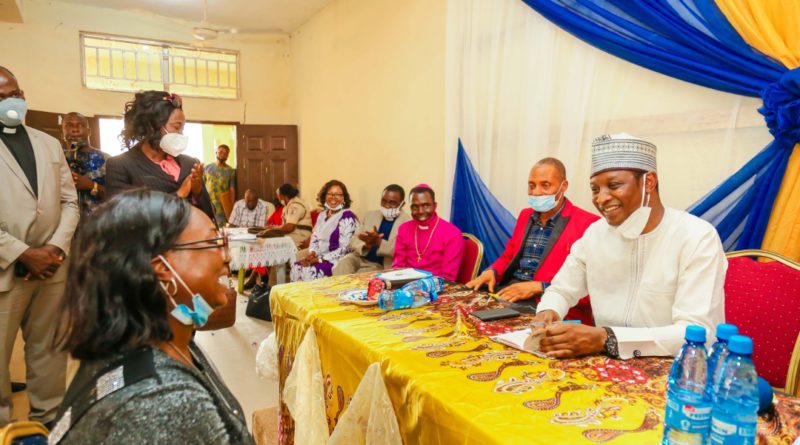 The Executive Secretary of the Nigeria Christian Pilgrim Commission, NCPC, Rev. Yakubu Pam has formally flagged off this year’s screening exercise for intending Pilgrims to Isreal, Rome and Greece in Asaba, Delta State.

His words, ” It is Delta State that we are launching the first screening exercise for intending Pilgrims to Isreal, Rome and Greece”

The NCPC boss commended the Executive Governor of Delta State,Dr Ifeanyi Okowa for having the heart for the kingdom.

He admonished the intending Pilgrims to ensure they pray for the Governor,Mr President and for the well being of Nigeria while in the Holy Land

He informed that the screening exercise would be very strict in view of the fact that some intending Pilgrims do not go to Isreal with the intention to pray .In his words” it is unfortunate that so many Christians have taken it like a business trip and a means to abscond”

He stressed that the Commission frowns at abscondment hence it is collaborating with relevant security agencies to make sure that there would be zero abscondment this year.

He decried a situation whereby few individuals had destroyed the image of the country and so Nigeria,s image had been severely bartered

Rev Pam told the intending Pilgrims that Pilgrimage is meant for them to have a retreat with God.He added,”the main purpose is having an encounter with God”

He further advised the intending Pilgrims to ensure that they are physically sound,fit and strong to embark on the spiritual journey.He cautioned them to ensure that they disclose accurate vital information on their health status in their own interest.

He explained that with the global COVID 19 pandemic, is no longer a time to joke with our health situation.He noted that this year’s Pilgrimage would be quite different because of COVID 19.

The NCPC boss further hinted that the Commission would organise a three day orientation programme for intending Pilgrims few days before their departure to Israel . He posited that this would enable the Commission to explain in details the real essence of the spiritual journey and the expectations.

Speaking at the event, the Chairman of the Delta State Pilgrims Welfare Board, Most Rev. Cyril Odutemu thanked the NCPC boss for using Asaba to flag off this year’s screening exercise.

He affirmed that ” because God is happy with the NCPC boss, men are as well happy with him”. He added,”the entire Deltans are happy with you,”

Odutemu commended the NCPC helmsman for his reconcilatory interventions across the country.

The Chairman assured the NCPC boss that Delta State Pilgrims would record zero abscondment this year.