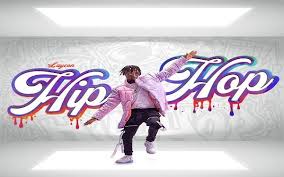 Idealposts
The video of one of the songs of Big Brother Naija Season five winner, Olamilekan Agbelesebiobla aka Laycon has hit over 101,100 views on You Tube eight hours after it was released.

The song has also gathered traction on the airwaves.

Months ago, the rapper teamed up with Deshinor, to release his hit song dubbed ‘Hiphop’.

The ‘Hip Hop’ video is produced by Echo the Guru and directed by TG Omori.

Many fans have taken to social media especially Twitter to commend Laycon for his efforts in putting up a colorful video.

@Oreoluwa_2 said: “I love the video!! So colorful. Laycon definitely killed the video! The passion and swag.”

@that_blacc_girl said: “It’s everything for me! HipHop video…. It’s every single thing about it for me!”

The Nation had reported that 26-year-old musician and philosophy graduate is set to star in Showmax’s first-ever Nigerian Original, I Am LAYCON, premiering in February 2021.