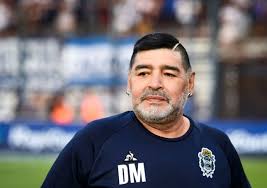 Diego Maradona, a football star of Argentina, has passed on after suffering a cardiorespiratory arrest.

According to Argentine newspapers, Clarin and Ole, claim the World Cup winner died on Wednesday morning local time in the town of Tigre.

Maradona only recently had surgery to remove a blood clot from his brain, following a fall. Pictures showed ambulances outside Maradona’s home.

Following the operation on his brain, there were medical staff who remained at Maradona’s home to keep him under observation.