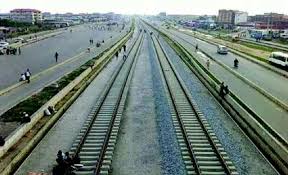 Minister of Transportation, Hon. Chibuike Rotimi Amaechi, Monday described reports that his ministry was seeking over $650 million loan to complete ongoing expansion works on the Warri-Itakpe and the Lagos-Ibadan rail lines as untrue.

Amaechi noted that the funds sought for the projects have long been secured.

The Minister, while inspecting the project at Omi-Adio station in Ibadan said: “I read somewhere that we are looking for additional $650 million for the expansion works on the Lagos-Ibadan and Itakpe-Warri corridors, this is not true.

“We said we would be needing $1.6 billion and that was long ago. The money has since been approved. It is not as if we are looking for additional funds for this projects. It is important that I clarify that.”

While lamenting the slow pace of work at the Agege sub-station, he expressed concern at what he described as the slow pace of work, reminding officials of the China Civil Engineering Construction Company, CCECC, that he would return on December 20 to ascertain the level of work done.

Amaech frowned on CCECC and the American consultant firm, TEAM’so slow pace of work on the ongoing Lagos-Ibadan axis of the projects.

The Minister however reiterated that the January 2021 completion deadline remains sacrosanct, adding that, the federal government will not compromise on the project commissioning.

Amaechi urged the contractors to engage more hands in order to ensure the completion of the project and deliver it for the use of the public as soon as possible.

He pointed out that due to the slow pace of work on the Lagos-Ibadan axis, there won’t be more contract work on any rail project without comprehensive plans by the contractors.

“On all other projects, including Ibadan-Kano and due to the slow pace of work on the Lagos -Ibadan, we have said that we will not commence work on any other contract until we have a comprehensive programme of work so that we see when you start, when you finish and the facilities that you need,” he said.