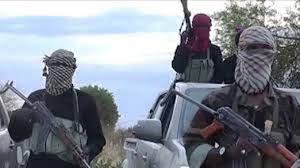 The Nigerian Medical Association, NMA, Kogi chapter, has appealed to security agencies and the state government to rescue Dr Azubuike Iheanacho, its member abducted on Nov. 21 in Anyigba in Dekina Local Government Area of Kogi state.

The association in a statement on Monday in Lokoja, said Iheanacho, the Medical Director of Peace Hospital, Anyigba in Dekina Local Government Area of the state, was kidnapped by unknown gunmen.

The statement was jointly signed by Dr Omakoji Oyiguh, the branch Chairman and Dr Famotele Tolorunju, the Secretary.

The association said that the yet-to-be-identified gunmen stormed the doctor’s residence between 9.00p.m and 9.30p.m. last Saturday night.

The doctor was said to have been abducted in front of his house while returning from an outing in a vehicle with his wife and a friend.

The NMA added that the gunmen ordered the victim’s wife and his friend out of the car and zoomed off with him to an unknown destination.

It said it had reported the ugly incident to security agencies and the state government.

The News Agency of Nigeria, NAN recalls that two medical doctors, Ebiloma Aduku of Zonal Hospital, Ankpa and Kelechi Mgbahurike of Christ the King Hospital, Anyigba, were abducted on Oct. 6.

They were later released, following the intervention of the security agencies.