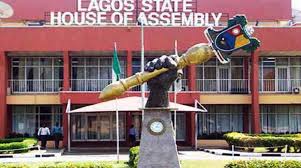 In order to cushion the effects on the people, the Lagos State House of Assembly has promised to include compensations to #EndSARS victims in the state’s 2021 Budget currently before the House.

The Chairman, House Ad Hoc Committee on the Victims of Aftermath of the #EndSARS protest in the state, Mr Wasiu Eshinlokun-Sanni, disclosed this at the end of its three-day public hearing on Friday in Lagos.

The Speaker, Mudashiru Obasa, had on Oct. 26, constituted a nine-member committee to investigate the level of destruction of property and loss of lives as well as to determine compensation for the victims.

Eshinlokun-Sanni, who is also the Deputy Speaker, assured protesters that the House would attend to all genuine victims, adding that the compensation would come as early as possible.

He said, “If your property is insured, LASACO is here to assist you. We will do our best to ensure that you are well compensated.

“We will also make budgetary allocations from the 2021 budget for compensation to be paid. We will do our best and assist you in our own way.

“We want to perform our duty and identify with you about the incident.

“It is the duty of the government to intervene in such situations. You will soon hear from us about the money we want to give you.

Eshinlokun-Sanni said the compilation and verification of claims were to ensure that compensation was paid to all the affected persons.

“Gov. Babajide Sanwo-Olu spoke about the issue and went to the president to present the demands of the protesters and they were accepted.

“SARS was disbanded and the government started the process of police reforms. But hoodlums hijacked the protest and started looting, maiming and started burning assets,” he said.

Speaking during the hearing, the Iyaloja of Daddy Savage Market, Fagba, Mrs Toyin Oladoyinbo, urged the government to help the traders as many of them lost their means of identification in the mayhem.

Oladoyinbo then asked the government to remove the shanties around Fagba area which was harbouring hoodlums.

Mr Oluwamayowa Ilori, another resident of Fagba, said that they were seriously affected by the violence due to a large number of miscreants in the area.