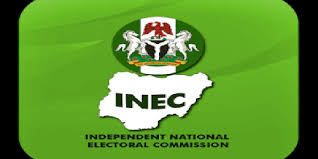 The Independent National Electoral Commission, INEC has commenced preparations ahead of the Plateau South Senatorial by-election slated for December 5.

The Resident Electoral Commissioner, REC in the state, Malam Halilu Pai, disclosed this to newsmen in Jos on Friday.

NAN reports that the commission postponed bye-elections earlier scheduled for Oct. 31 due to security and environmental challenges in the country.

However, Pai during a briefing with newsmen said the commission has started drafting a schedule of activities to be used for the bye-election.

“We have resumed preparations for the rescheduled Plateau South Senatorial bye-election.

“Based on the schedule, we began configuration and charging of smart card readers and z-pads and we also retrained Supervising Presiding Officers (SPOs) on Nov. 19.

“The training of collation and returning officers will hold from Dec. 1 to Dec. 2.

The REC also said that the movement of sensitive materials from the Central Bank in Jos would hold on Dec. 3, while campaigns would end in the midnight of Dec. 4.

He, however, advised eligible voters to come out and exercise their civil rights without fear.