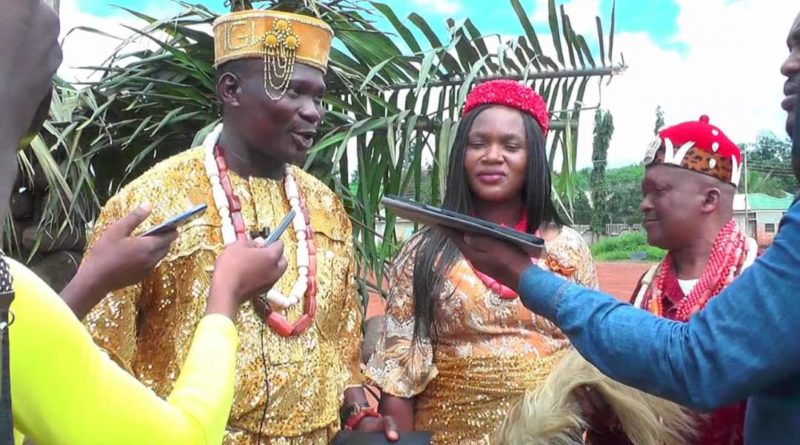 The Executive Chairman of Garki Model Market Association, GMMA, HRH. Igwe Friday Ozochi has appealed to the Government to support the traders with loan it promised so as to help boost their businesses.

Igwe Ozochi noted that traders in Garki market have not been finding it easy since the outbreak of COVID-19, adding that most traders have no money to buy goods.

“Our worries is that despite our population and the services we render to the people of FCT, government do not remember us and that is why we are appealing that they should consider out plight” Ozochi said.

Chairman, GMMA who made the appeal while speaking to journalists in an interview, revealed that Garki Model Market is the largest market in the FCT in terms of population, with over seven thousand traders.

He expressed displeasure over government promises to assist traders which was not fulfilled even after meeting all the needed requirements for the loan, saying that the earlier government respond to their demands, the better for them.

According to him, “What we need to grow our business now is money, not the N10,000 they distributed about for about 50 people and there were speculations that they gave traders in Garki market money”

“They did not give us any money, quote me anywhere. No trader in Garki “Model Market received loan from government. When we went to the Central Bank of Nigeria, CBN, we were directed to a particular agent and at the end of everything, nothing came out.

“We have been hearing on Television, Radio, print and online media about traders money, to me all the stories are not real. No trader in Garki Market have benefited from the money they have have been talking about.

“In 2015, when President Muhammadu Buhari announced the need for diversification, I went and opened a fish farm in Pyakasa, since then, I have been trying to get loan from bank of industry, but to no avail” he said.

HRH Ozochi lamented that since market was opened after the luckdown due to COVID-19 pandemic, things have been very rough for traders as most of their customers buy things on credit to pay at the end of the month.

He however called for the unity of Nigeria, saying that the only thing that will make Nigeria great is when Nigerians from all parts of the country are united as one.

HRH Ozochi urged Nigerians to shun tribalism and ethnic differences for the country to move forward, for the good of all.