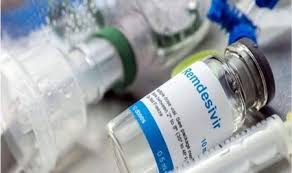 The World Health Organisation, WHO has warned that the anti-viral drug Remdesivir should not be used for hospitalized COVID-19 patients.

WHO, while giving the warning on Friday explained that trials have failed to prove that the treatment is effective.

Chief clinician of WHO, Janet Diaz stated this at press conference in Geneva that there was no clear evidence that the use of remdesivir reduced the risk of death or the need for oxygen support.

Diaz said there was no clear effect on the pace of recovery among trial patients.

The WHO said in a statement that the possibility that remdesivir causes harm could also not be ruled out.

In addition, there are “relatively high cost and resource implications associated with remdesivir,” the WHO argued, pointing out that the drug must be injected into the bloodstream.

The WHO had already published interim trial results in the middle of October that pointed to the drug’s lack of effectiveness.

However, the U.S. Food and Drug Administration formally approved remdesivir, a therapeutic made by U.S. company Gilead Sciences, in October.

The drug has also won EU approval for severe cases of the disease caused by the novel coronavirus.

Anti-inflammatory steroids such as dexamethasone are the only known effective drugs for severely ill Covid-19 patients.

“Right now we have one life-saving therapy,’’ Diaz said, stressing that the WHO has been strongly recommending steroids.

She added that use of oxygen, advanced respiratory therapies and good intensive care have also proven to be effective in helping patients survive.