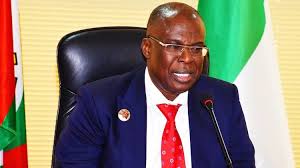 The Minister of State for Petroleum Resources, Chief Timipre Sylva, said on Wednesday that the Liquefied Petroleum Gas storage capacity in the country has risen to 69,698 metric tonnes following the construction of a new terminal by Techno Oil Limited.

Sylva stated this in Lagos at the inauguration of the 8,400MT-capacity LPG terminal built at Apapa by the company.

The minister, who was represented by the Deputy Director, Department of Petroleum Resources, Dr Musa Zaki, said, “Indeed, Nigeria has earmarked the year 2020 to be the beginning of the Decade of Gas, in which the National Economy is planned to be expanded and powered by the abundant natural gas resources of the country.

“Central to such national aspiration is the deepening of LPG penetration, whereby both domestic and commercial food cooking is expected to be fuelled by LPG as a complete alternative to all existing cooking fuels, most especially firewood.”

He also noted the quest to have a good percentage of automobiles converted or designed from factories to run on LPG.

“With an LPG cylinder manufacturing plant of 5 million per annum and commissioning of this 8,400MT automated terminal, the company is no doubt set out to provide end-to-end solution in the domestic LPG industry,” Sylva added.

According to him, there are now 12 LPG depots in the country, with a total storage capacity of 69,698MT.

“The project is our humble contribution at bridging infrastructural gap hindering LPG adoption in Nigeria. It is also our own contribution towards promoting and contributing to the LPG value chain and creating a clean, safe and healthier environment,” she said.

She said the terminal would generate up to 2,000 jobs in the months ahead.

Obi said, “We plead with government to provide funding to industrialists in building key facilities such as the one being commissioned.

“Government should consider reactivating its butanisation plants and also building new ones across the country to guarantee LPG availability nationwide.”