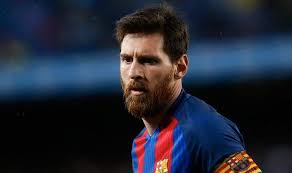 Lionel Messi is ‘tired of being everyone’s problem’ after becoming the center of Barcelona’s current troublesome period.

Messi and Barcelona have witnessed both on-field and off-field problems for a while now, often being the toast of the media’s sensational stories. The relationship between both parties have been rather frosty, owing to contract talks and club performances.

The Blaugrana endured a disappointing 2019-20 season, finishing the campaign empty-handed.

The serial winner also cut a frustarated figure regarding a move away from the club in the last transfer window, and has also recently been blamed for the dwindling form of another Barca superstar in Antoine Griezmann.

The Argentine captain, upon returning from the international break, aired out his frustration to reporters waiting for him at the airport and even revealed having an encounter with the tax authorities.

“I’m tired of always being everyone’s problem at the club,” the 33-year-old announced. “I get here after a 15-hour flight and I find a tax agent here, it’s ridiculous.”

Messi will have a bigger concern though, as his failing Barca side face the high-flying Atletico Madrid on Sunday’s La Liga edition.