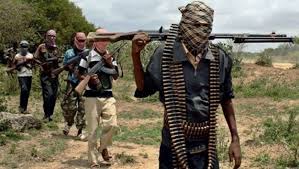 Unidentified gunmen holding six policemen of the rank of assistant superintendents of police have made a demand of N100 million ransom for their release.

The policemen who have been held hostage for over a week were attached to the Mobile Police Squadron 6, Maiduguri, Borno State.

Eight ASPs were on their way to the Zamfara State Police Command on the transfer when they were ambushed in Dogondaji area of Katsina State and taken into the forest.

“While being taken away, two of them escaped and one of them was shot in the leg though he didn’t die. He found himself at a village and the villagers took him to a police station, and he was taken to a hospital. The other six officers are still with the bandits who are demanding N100m ransom,” a source told PUNCH.

It was gathered that the victims’ families were attempting to raise N3 million for the release of the captives or N500,000 each.

A senior police officer said the commander of Mopol 6 could not account for the men when asked about their abduction, adding that he referred inquiries on the missing men to the Zamfara State Police Command.

Borno police spokesman Edet Okon said there was no reported case of policemen from the Command being abducted.