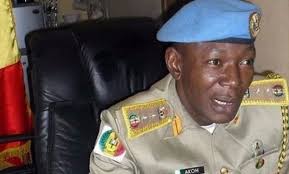 Peace Corps of Nigeria, PCN has expressed its willingness to partner with the Federal Government towards addressing youths restiveness and job creation in the country.

National Commandant of the corps, Prof. Dickson Akoh, made the pledge when he led a delegation to the Secretary to the Government of the Federation, SGF, Mr Boss Mustapha, in Abuja on Tuesday.

The visit was to present to the government a proposal on the road map to job creation.

Akoh said that PCN was a concerned and patriotic organisation focused on seeking institutional partnership with the Federal Government.

“Through the partnership, millions of youth shall be effectively trained in various forms of community works and social safety activities, all in the spirit of voluntarism.

“The corps, as an organised body with national and international recognition, has a well-structured network of branches in all the 36 states of the federation.

“The network covers the Federal Capital Territory and 90 per cent of Local Government Areas in Nigeria.”

He explained that membership of the corps was open to all Nigerian youths, irrespective of age, religion, sex, political affiliation or social status.

He disclosed that the corps already had membership strength of over 187,000 youths, comprising of both regular members and volunteers, mostly graduates.

The commandant advised the government to evolve means of pulling the youths off the streets and deploying them to organised labour services at the most minimal cost.

“That is basically what we are bringing on board,” Akoh declared.

Mrs Olusola Dada, Director, Nigeria National Volunteer Services, who responded on behalf of the SGF, had earlier commended the corps for being focused in the face of many challenges.

Dada also hailed the corps for creating jobs to engage the youths of the country and assured them that the proposal would be delivered to the SGF for consideration.