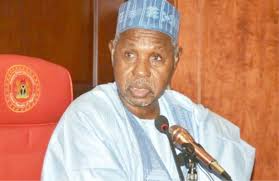 The Katsina state Governor Aminu Masari on Wednesday presented a budget proposal of N282.7billion for 2021 fiscal year to the State House of Assembly for consideration.

While presenting the appropriation bill christened “Budget of Recovery and Consolidation,” the governor said it was designed for the completion of ongoing projects and to initiate new ones that could be completed within the term of his administration.

Initially, the approved 2020 budget of the state was N244 billion but was revised to N213 billion and further cut down to N179.1 billion as a result of the impact of COVID-19 on the crude oil price.

However, the governor said that the recurrent expenditure in the 2021 budget comprised of personnel cost, N30.6 billion, overhead cost, N42.9 billion, and consolidated revenue charges would take N12.9 billion.

He also revealed that for the capital expenditure, N135.9 billion had been earmarked for the Economic sector, Social sector – N104.1 billion, Administration – N38 billion with Law and Justice getting N4.7 billion.

The Governor added that the “Restoration Plan” of the administration included projects, policies and programmes to be implemented in education, health, water resources, agriculture, environment, works, housing and transport sectors.

“In Katsina State, we were able to continue with social services and other entitlements to the existing and retired workers as well as the settlement of contractors.

“My sincere appreciation goes to the entire residents of Katsina state for maintaining peace and order during the trying period of the COVID-19 pandemic,” Masari stated.