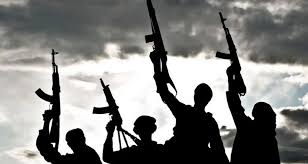 BIRS, in a statement on its Facebook page, said the gunmen who were dressed in military uniform and driving a Hilux van with three motorcycles invaded the Branch Atser BIRS inspection point in Vandeikya, burning staff motorcycles and shooting sporadically before kidnapping the five BIRS staff.

However, the officials of the BIRS did not give the name of the kidnapped workers.

Unidentified gunmen on Monday attaked inspection point of the Benue Internal Revenue Service, BIRS in Vandeikya Local Government Area of the State and kidnapped five of its staff on duty, while properties were also destroyed.

BIRS stated that the gunmen also hurt several other staff on duty during the attack.

It added that whereabouts of the staff are not known while the attack has been reported to the Vandeikya Divisional Police station.