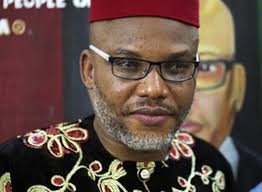 Conference of Igbo Youth Professionals Worldwide has accused the leader of the Indigenous People of Biafra, IPOB, Nnamdi Kanu, of inciting violence in Nigeria, calling on the United Kingdom and Israel to warn him.

The group alleged that the separatist leader had used the privilege of his dual citizenship to cause anarchy and insurrection by inciting members of the proscribed IPOB to violence.

The Igbo professionals reminded the UK and Israel that Nnamdi Kanu is still a fugitive to the Nigerian law, having jumped bail while facing criminal charges of treasonable felony, adding that the IPOB group which he represents remained proscribed by a Federal High Court in Abuja.

The worldwide youth organisation in a statement on Sunday, by its President-General, Barr. Maduabuchi Nwodo, tasked Igbo people world over to demonstrate courage by denouncing Kanu, IPOB and all the violence they represent.

The group said its call followed the latest utterances of the IPOB leader, where he incited police and military officers of Southern and Middle Belt extractions to resign and burn their uniforms.

‘‘We are disturbed by the incessant inciting statements coming from Mr Nnamdi Kanu, who has been parading himself as leader of Indigenous People of Biafra against the Nigerian state. Having worked and contributed to see Nigeria at its present state, we believe that the United Kingdom and Israel would not want to see Nigeria shattered.

“It is in this regard that we are strongly appealing to them to rein in on Kanu, whose activities have been against the unity of Nigeria.

“The latest call by Mr Kanu on the police and military officers of Southern and Middle Belt extractions not only to abandon their duty post but to also resign and burn their service uniforms must be ignored,” the group said.

But acknowledging that the SouthEast region has not fairly benefitted from the one Nigeria project, the Igbo group said the pursuit of inclusive government must be channelled through appropriate lawful means.

“Though our people are highly marginalized and deserve the right for agitation it must be done legally and by the appropriate people not a deviant young man like Nnamdi Kanu who is out for his selfish interest,” it said.

“However, while Kanu has a right to legally clamour for whatever he believes in, he should also know that the Igbo Nation has recognized spokespersons in the forms of governors, legislators and Ohaneze Ndigbo, the apex Igbo socio-cultural group. Any serious statements are supposed to come from these people after extensive consultations”, the statement noted.

The group has further applauded efforts by security agencies to check the excesses of violent IPOB members across the South East, stressing that more legitimate means will be adopted by the Igbo nation to achieve their demands.

“The Igbo nation constitutes responsible, law-abiding, and patriotic citizens, who are prepared to achieve their goals within the confines of a united and indivisible Nigeria.

“We, therefore, call on our brothers from the other parts of the country, to recognise our cry for marginalisation, and support our course to produce the next President come 2023.