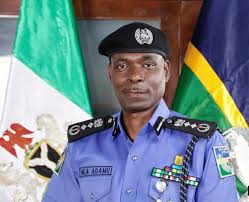 The Inspector-General of Police, IGP, Mohammed Adamu has charged the newly recruited Constabularies to be professional in conduct, and also respect the fundamental human rights of the people.

Adamu cautioned policemen on how they carry out their duty, saying that society has become more conscious of their rights and how they want to be policed.

The IGP stated this during the passing out parade, POP of the first batch of the Special Constabulary at the Police Training School in Minna, Niger state.

The IGP who was represented by the AIG Zone 7, AIG Hosiah Kama charged the newly recruited Special Constables not to abuse the position they are given or use it as an opportunity to abuse the rights of others.

He said, “You are, therefore, charged as you pass out and will be deployed accordingly to work with respective police divisions, to be professional in the discharge of your duties, always respect human rights and be courteous to the members of the public.

“Remember, you are from this state and you are known by members of the community, strive, therefore to be good ambassadors of your respective families and do not be the reason why your families should be viewed with contempt and disdain”.

The IGP explained that the Police is adopting community policing to bridge the gap between the police and the policed, adding that it would further address and solve the issues of criminality in the country.

“Community policing is a global policing model which is problem-solving based by emphasizing the impressiveness of partnering with the community in addressing the causes of crime and reducing fears of insecurity in the society.

“Community Policing is a policing strategy which advocates and inclines towards crime prevention and control, then reactive policing measures which widen the gap between the police and the people”.

Niger state Governor, Alhaji Abubakar Sani Bello, applauded the Inspector General of Police for the recruitment of the Special Constables who would be used for community policing, adding that the communities in Niger state, bedeviled by insecurity can now be at peace.

Bello, represented by his Deputy, Alhaji Ahmed Mohammed Ketso, said that this development would bring security to the areas experiencing insecurity in the state, stressing that community policing will keep the community more secured.

“Having experienced a lot of issues in banditry and communal clashes in our communities, we believe that the only way our communities can be secured is to have community policing.

He said that the Special Constables had undergone training for five weeks and would be deployed back to their various communities for their primary assignment as Community Policing Officers.

Amodu said that the recruitment of the Special Constables was to reposition the security architecture of the country for effective service delivery through Community Policing.

He added that the Special Constabulary have the sole responsibility of protecting lives and properties, intelligence gathering and also ensuring that all fundamental human rights are not violated pointing out that they are also to promote the cordial relationship between the police and members of the public.