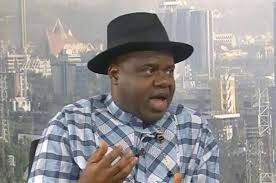 Victims of the November 13, 2019 dastardly attack on Peoples Democratic Party (PDP) members and supporters in Ogbolomabiri-Nembe had cause to smile on Thursday night as the Bayelsa State Governor, Senator Douye Diri, announced immediate employment for the survivors and relations of those that lost their lives.

The governor also directed immediate promotion for victims that are already in the state civil service as well as the Commissioner for Health to take over the medical bills and treatment of those still undergoing treatment.

His Chief Press Secretary, Mr. Daniel Alabrah, said in a statement that the governor made the pronouncements at a meeting in Government House with victims and relations of the slain.

The attack on PDP faithful during Senator Diri’s campaign rally in the community three days to the November 16 governorship election in the state reportedly claimed no fewer than 21 lives while 195 persons sustained injuries, according to a panel of inquiry set up by the immediate past administration.

The panel also said 350 persons reported that their properties were missing and that a total of 379 victims appeared before it.

While commiserating with those affected by the gruesome attack, Governor Diri described the meeting as a solemn one and called for healing, forgiveness and unity in the land of Nembe.

His words: “Today is a solemn day. I can see my brothers on crutches and my sisters that are survivors of that dastardly, inhuman and cowardly act that took the lives of some of us.

“I commiserate with the families of those who lost their lives and are here for this parley. We feel and share in your pain. I assure you that we will stand with you at times like this.

“It is on this note I hereby announce the employment for all victims of the Nembe killings. All the relations of those that lost their lives are hereby employed by the Bayelsa State Government.

“For victims that are already employed in the state civil service, I hereby direct promotion for them with immediate effect.

“I also direct the Honourable Commissioner for Health to take over the treatment of all the victims henceforth.”

Diri, who thanked God on behalf of survivors of the onslaught on his party faithful, said God heard their cries and delivered judgement at the Supreme Court.

“For us, what happened triggered a reaction from God Almighty as our cries and prayers went up to Him. God had to come down Himself to give judgement in the Supreme Court.

“Let me on behalf of the government use this opportunity to thank all of you, particularly the victims and their families, for your patience and understanding.”

The governor, while recounting his ordeal in the unfortunate incident, said he would have been a victim also but for the mercies of God and the bravery of his security team that rescued him from the scene.

He said despite the gruesome incident in Ogbolomabiri, the Independent National Electoral Commission still declared 83,041 votes for the All Progressives Congress (APC) and a paltry 874 for the PDP when there was no election in the area.

He urged the paramount ruler of Ogbolomabiri to ensure that no Nembe indigene was denied the right of living in their ancestral home or become internally displaced persons.

He also called on him to use his position as father of the kingdom to bring back peace to his domain, noting that failure to do so would be followed by government action.

Speaking earlier, member representing Nembe Constituency 1 in the House of Assembly, Ebi Ben-Ololo, said the people of Nembe were mourning but smiling because God intervened by giving victory to Senator Diri to bring succour to the oppressed, wounded and bereaved.

The lawmaker commended the governor for his peaceful disposition that helped facilitate the successful meeting with victims of the attack and expressed optimism that the move will go a long way to restore hope and love among the people.

Also speaking, the State PDP Chairman, Mr. Solomon Agwanana, who sympathised with families of party loyalists that lost their lives and loved ones, said the party had always been known for peace and that it will continue to follow the path of love and unity in Nembe.

A victim on crutches, Mr. Omi Thompson, who narrated his ugly encounter in the hands of the sponsored thugs, said some PDP unit agents were marked for death before the fateful day in order to frustrate the party from participating in the governorship election.