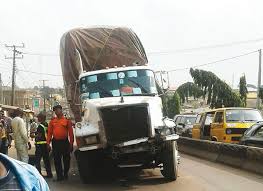 The Nigerian Agricultural Insurance Corporation, NAIC, Association of Local Governments of Nigeria, ALGON and National Association of Agricultural Product Dealers, NAAPD, have partnered and signed a Memorandum of Uderstanding, MoU to protect all goods in transit across the country.

The three parties on Friday signed a MoU to achieve this target and had also worked together on a draft policy that suggests a step by step actualisation of a National Transit Insurance Scheme, NTIS.

The Managing Director, NAIC, Folashade Joseph, while speaking in Abuja at the inauguration of the Implementation Committee of the National Transit Insurance Scheme, explained that the movement of goods by agro dealers had suffered several challenges that must be curbed

She said, “Over the years, challenges that were systemic in nature such as insecurity, poor state of our roads and the compromising activities of some transporters and freighters have impacted negatively on the safety and ease of transportation of goods from one place to another.

“The effects of these challenges on our economy are easily discernable. Inflationary pressures have been exerted on prices of goods particularly food and industrial raw materials, lives have been lost, health has been compromised, business failures have been precipitated and misery indices have grown on a national scale.”

She stated that to address the situation, NAIC, ALGON and NAAPD had to come up with the NATIS scheme.

Joseph, who was represented at the event by the corporation’s Executive Director, Operations, Bashiru Babajo, explained that the scheme provides for a mandatory protection of all goods in transit nationwide in to the form of insurance.

She said, “NAIC is also committed to the National Anti-multiple Taxation Scheme by providing for indemnification against hazards which may lead to hospitalisation, injury or even death in the course of its enforcement.

“We want to assure you that NAIC is committed to the success of the two schemes (NATIS and NAMTAX) and ready to work with all parties involved.”

She, however, noted that the successful implementation of the scheme would require the support of government at all levels particularly ministries, departments and agencies at the federal and state levels.

Also, the Secretary, Board of Trustees, NAAPD, Kingsley Chimezie, said the three parties had also contacted the armed forces, Nigerian Police and various security agencies and structures to support the move to protect goods in transit.