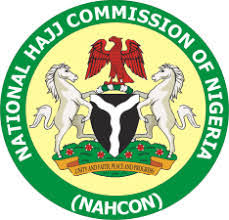 As part of its preparation to ensure a successful 2021 Hajj operation, the National Hajj Commission of Nigeria, NAHCON, Lagos Zone, has promised support for Ogun State Muslim Pilgrims Welfare Board, OGSMPWB, to achieve a smooth implementation in Nigeria and Saudi Arabia.

This was said in a meeting by the Zonal Coordinator, NAHCON, Alhaji Gafar Babatunde during the Commission’s visit to the Board at Oke-Mosan, Abeokuta with the aim of keeping Ogun abreast of NAHCON’s objectives, as it prepares for the next Hajj operation.

Babatunde highlighted the intentions of the Commission, ranging from issues of hajj fare reduction, training institute, saving scheme, logistics among others, which he said deserved attention.

According to him, “We are looking at how hajj fare can be reduced for affordability, while introducing a saving scheme for any interested intending pilgrims. Plan is on-going to have a Hajj institute where stakeholders can take up courses and get trained in its operations and any other innovation, we can accommodate to ensure that pilgrims generally have value for their money”

The Zonal Coordinator also added that challenges faced during 2019 Hajj operation had been noted and duly communicated.

“Let me use this opportunity to appreciate the calmness of Ogun pilgrims at the last Hajj operation. Despite logistics challenges recorded, you bear with us. We will do our best to move forward, so we can all have a better Hajj experience next year” he added.

In his remarks, the Executive Secretary, OGSMPWB, Alh Salau Dauda stated the need for a proper synergy between NAHCON and individual States, saying the visit was a good development necessary to avoid hiccups during the operation.

Salau expressed the need for developmental projects cut across all States in the federation, saying it would give member States more value for their contributions and give them a true sense of belonging.

“We are mindful of NAHCON’S efforts so far and we are also trusting that they will in due time spread Hajj developmental projects across member States in Nigeria. Also, better arrangements are made for logistics, airline to be precise, so we all can have better stories to tell”, Salau said.