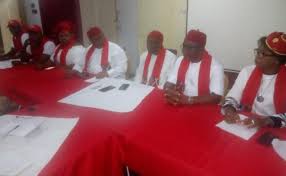 Dollar Club Exclusive, an international organisation, on Friday raised the alarm over the lingering crisis between the Academic Staff Union of Universities, ASUU and Federal Government.

The association added that the strike which has lasted for about seven months has made students to forget what they were taught since they have been at home doing nothing all these while.

Dr. Oguzie, however, called on the Federal Government to quickly address the issue so that students would go back to school.

“It’s only in Nigeria that one will know when he enters the university without knowing when he will graduate. A course that is supposed to run for four or six years would run for six to ten years due to persistent strike actions and it’s high time government addressed this issue once and for all.

“Then the question should be, how much is even needed to sort ASUU out? You can imagine how much that has been spent on frivolities in this country. We read recently how dollars stacked in one room, rotten, was discovered in one part of this country, so what are we talking about?