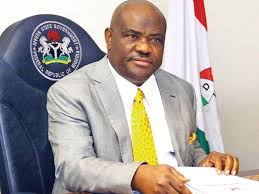 Rivers State Governor, Nyesom Wike, has urged Nigerians to shun the All Progressives Congress, APC, saying “they have nothing for Nigerians.”

Wike stated this during the reception organized by the Rivers State chapter of the Peoples Democratic Party to welcome thousands of APC members back into PDP.

However, Wike noted that ahead of the 2023 general election, the “APC has again started making false promises”, parts of which are to construct a University of Transport, develop a deep seaport and industrial park in the State.

The Governor said prior to 2015, the APC had promised to transform the country, fix the East-West Road, and provide good governance to Nigerians, but that the party has continued to give excuses for its failure after it orchestrated the unfortunate conspiracy to remove President Goodluck Jonathan from office.

“Are things better today? So why do you allow people to tell you lies? How long can you continue to listen to the lies of the All Progressives Congress? They have nothing for Nigerians. It is unfortunate that there was a conspiracy to remove a Niger Delta person as President,” he stated.