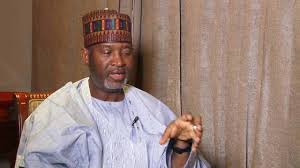 The Minister of Aviation, Hadi Sirika, has said the reason why the federal government has continued to invest more in infrastructure in the aviation sector despite the planned concessioning of four airports is to have bargaining power with the potential concessionaire.

The minister disclosed this Thursday when he appeared before the House of Representatives Committee on Aviation, when asked by a member of the committee why government was still investing in infrastructure in the sector if it would be eventually concessioned.

Sirika stated: “I think there are a lot of misconception about this concession. In the first instance, you can actually build a structure to international standard, very operational, make it very beautiful and then of course, concession it so that it is run better. So, you can improve on an infrastructure so that during the concession, you make more because it is the aggregate value of your asset that gives the negotiating power to negotiate more for yourself from the concessionaire.

“That is the explanation for that Mr. Chairman. So, we will continue to improve on this infrastructure, so that when we come, it gives us the leverage to have the negotiating power to give us the better deal.”

The minister said in the 2021 budget of the ministry, the sum of N78,960,310,809.00. is being proposed for capital expenditure at the headquarters, adding that the emphasis would be on the implementation of the Aviation Roadmap as approved by President Muhammad Buhari.

He noted that the roadmap would be implemented through Public Private Partnership (PPP), which include the establishment of national carrier; establishment of maintenance, repair and overhaul, MRO facility; development of agro-allied cargo infrastructure; establishment of Aviation Leasing Company; Search and Rescue Unit; and establishment of Aerospace University with the support of International Civil Aviation Organization, lCAO.

The minister added that the sum of N250million proposed as overhead expenditure for the 2021 fiscal year in line with the envelope system arising from budget guidelines. Similarly, the sum of N397,197,105.00 is being proposed as personnel .

A member of the committee, Hon. Akin Alabi, while speaking at the budget defence, asked the minister to explain why the sum of N5 million was budgeted for sensitisation of staff on Independent Corrupt Practices and other rekated offences Commission (ICPC) Act and N10 million is being proposed in the 2021 budget.

Responding, the minister said it is important that members of staff in the ministry and agencies under it are sensitised on the Act and ensure that everybody follows the rule and ensure they rein on the narrow path of peace and justice.

Alabi also pointed out that a lot of Nigerians are not impressed with the National Carrier project and the working capital for the national carrier in the 2020 budget.

Sirika, however, said that the ministry was out to establish a strong national carrier that is commensurate with the population size, market and manpower of Nigeria that would add value to the economy.

He stressed that the ministry had grown a number of passengers from eight million to 18 million since 2015 and airplane management had significantly improved.

According to him, this can be made much better “if we have a well established, well structured private sector-led national carrier”.

On the concession, Alabi said N297 million was budgeted for Lagos, Abuja, Kano and Port Harcourt, last year and the ministry is also proposing N200 million in the 2021 budget.

The minister responded: “The fact that the money is there in the budget does not mean it was released or utilised; since we began this project, the amount spent on the activities of carriers so far, if I am not mistaking, is N350 million.

“By the grace of God, I want to assure this committee and indeed all Nigerians that this national carrier will come to be and it will be for the benefit of our people,” he said.