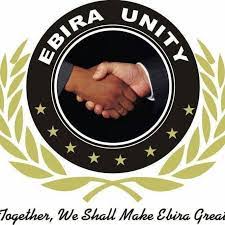 The newly elected president of Ebira Community Association in Gwagwalada Area Council of the Federal Capital Territory, FCT, Shuaibu Isah Oyeba, has tasked the members of the association on unity and cooperation for the overall development of Ebira community.

Oyeba, gave the charge while speaking after he emerged as the president of the association in Gwagwalada.

He urged the executive members to deem it necessary to maintain unity that had already been established among them.

He also called on the members that to remain focused as well as to maintain peace and harmony within the association.

His words: “The essence of this association is to promote unity among our members in Diaspora so that we can have the benefit of unity”.

He said his administration would partner with other units of Ebira community for the sake of peace and togetherness.

He then pointed out that he will maintain cordial relationship with tribes for the benefit of their cultural heritages.

The president said his leadership would focus on the leadership training for the members of the association in order to pave way for the conflict resolution among Ebira people.

Also speaking, the chief of Ebira in Gwagwalada, Alhaji (Dr) Abdulkarim Ibrahim, said the election was a landmark achievement for Ebira community as a body.

He advised the elected officers to remain committed to the development and progress of Ebira community, noting that the Ebira Community Association was established in 1992.

The Ebira chief commended the electoral empire for conducting a free and fair election to the satisfaction of Ebira community.

On their parts, the Air commodore (retired) Yusuf Idrisu, the Adinoyi of Ebira in Gwagawalada, Alhaji (Engr.) S. Umaru and the former presidents of Ebira community, Mallam MS Omeiza and Abdulrahman Yakubu Ozigi, expressed joy over the conduct of the election.

The election result was announced by the electoral chairman, Mr. Ihiezu Jamiu Aliyu.