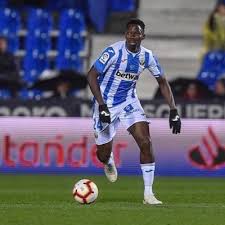 Nigeria’s central defender Kenneth Omeruo has confirmed that he will be out of competitive football action for at least two weeks due to injury.

It means that the CD Leganes player will sit out the Super Eagles’ African Cup of Nations qualifying game against Sierra Leone this month.

Omeruo picked up a hamstring injury while in action for Leganes on Sunday, and was replaced in the 48th minute.

A report had surface online that the 27-year-old is back in training for Leganes, but such statement has been refuted by the player himself.

Omeruo on his Twitter handle: “Please, get your facts right before publishing articles to mislead people. Don’t do that with my name. I am out for two weeks and not less.”

Omeruo has so far made seven league appearances this season for Leganes in the Segunda division.

An important date in November 13 is now set to come too soon for the player.