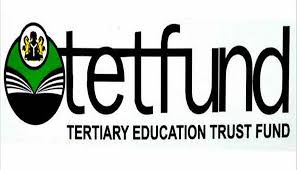 Tertiary Education Trust Fund, TETFund, has called for cooperation between the National Agency for Science and Engineering Infrastructure, NASENI, and the defence and security sector on research that will address technological challenges in military operations.

Executive Secretary of TETFund, Prof. Suleiman Bogoro, made the call in Abuja on Thursday when he led the Fund’s R&D sub-committee on Defence and Security on a courtesy visit to the Minister of Defence, Maj. Gen. Bashir Magashi, Rtd.

Bogoro, who noted that defence operations were now digital, hi-tech and laser-guided, involving innovative technologies, said NASENI was deliberately included in the defence and security subcommittee for obvious reasons.

The TETFund boss said the R&D committee will expedited action to ensure that a bill for the proposed National Research and Development Foundation is drafted and forwarded to the National Assembly within the next nine months.

According to him, the emergence of the foundation will represent Nigeria both technologically going forward, stating that most developed countries have a foundation for supporting R & D so Nigeria cannot be left behind.

“We are requesting that you support the case for the emergence of R & D Foundation. The most competitive technologies and economies in the world have something similar to this.

“Nigeria we don’t have it, we don’t have the larger basket there is an STI Fund but the bill has failed to come into effect and we are hoping sir, the National R&D Foundation it will be the largest funding but it is not just a funding the target application of the Fund is the areas that these subcommittees are identifying carefully that they will advise us leading to our interface with Arthoney General of the Federation when the bill is developed.

“And to the National Assembly and to all of us we seek your support to encourage us. We are hoping that the Foundation should come perhaps much less than nine months from now,” he said.

Responding, the Minister of Defence, Maj. Gen. Bashir Magashi, Rtd, expressed support for the establishment of a National Research and Development Foundation to coordinate research efforts to address developmental challenges in the country.

Magashi commended the TETFund for taking research and development in Nigeria to a higher height, saying that the fund has the right man to move it forward.

“We are very proud that you are thinking ahead the future of this country. We encourage this and we will give you the best support,” he said.

The minister said it has become necessary to enhance the development of home-grown solutions to the various needs in every sector of the country.

The Fund’s R&D sub-committee on Defence and Security also paid a courtesy visit to the Chief of Naval of Staff, Vice Admiral, Ibok Ekwe Ibas, who commended TETFund and its research committees for inspiring research in the country.

Ibas said the Navy has continued to accord prominence to R & D which is evidenced in the construction of ships and other innovations, while calling for support for Admiralty University, Ibusa.