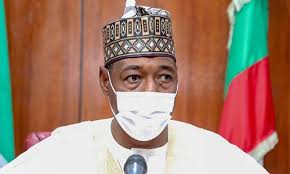 Borno State governor, Professor Babagana Zulum, has said it would take more than just the military approach to be able to defeat the insurgency in the Northeast region of the country.

Speaking to State House Correspondents after a meeting with President Muhammadu Buhari at the Aso Rock Presidential Villa, Abuja, on Friday, the governor also said his administration had resettled more than 100,000 internally displaced persons (IDP) are back to their homes in the state.

According to the governor, it would require a political solution to end what he called “madness,” afflicting the state, adding that the kinetic measures currently being applied would not be enough to solve the security problems.

He called for the creation of jobs for the youth and the provision of enabling environment for citizens to return to their homes to resume their normal lives.

The governor said the youth of the state must be empowered by all levels of government to be able to live a meaningful life.